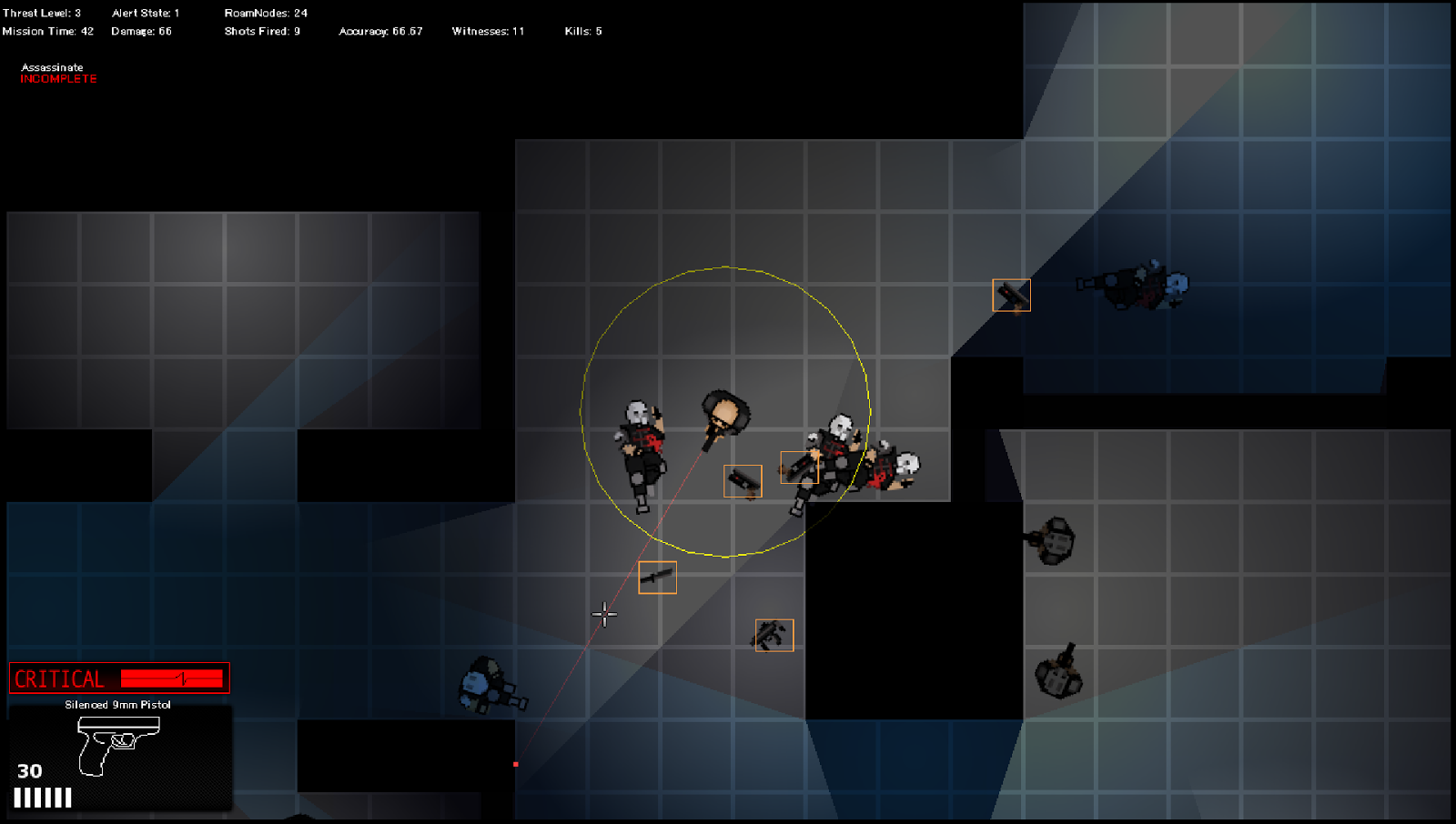 - When an enemy dies, and drops their weapon, it now has the correct force/speed. Previously, it was treated as a thrown weapon. Now it has a separate switch to make sure it doesn't fly off and potentially kill someone.

- Weapon pick-ups now have a box indicating their presence and whereabouts, so the player can clearly distinguish between interactive objects and the environment.

- Melee focused enemies now have an attack, which triggers within a certain range. Get swamped by two or more melee enemies and you'll take a serious beating.

- When you take damage the screen shakes a minor amount, to indicate damage. I felt this was necessary as it is immediately noticeable, as opposed to the health box which is in the corner. I may go in tomorrow and make this a toggle-able option, as I imagine some players will not enjoy the effect.

- Enemies will now correctly chase the player, stopping and facing them if they see them. Previously, movement was the priority. However, this meant the enemies would run past the player and turn around.

- Enemies now correctly use spread variables when firing. I just realised they were previously pin-point accurate.. whoops! I had the code in the game but in reworking the A.I I had broken it.

If there's anything else, I can't think of it. That's all for now wageslaves, back to your designated tasks!