September 08, 2015
As the demo level is very near to completion, I decided to finalise the designs for both the protagonist and antagonist factions. Here are some design variations on the "OSS", and the "Freikorps". 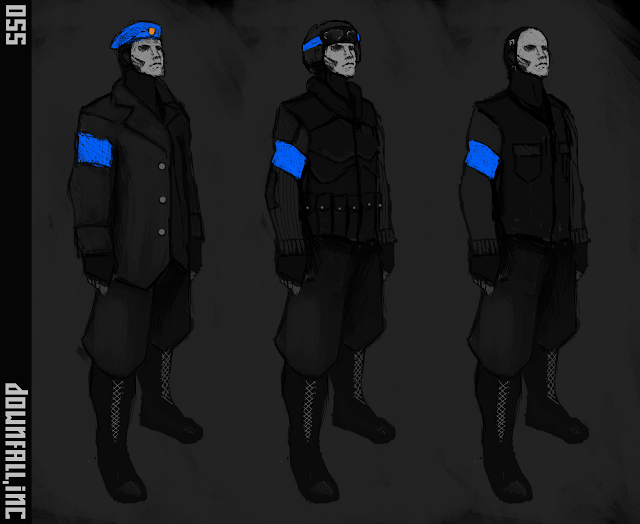 The "Office of the Secret Service" - or OSS - are the shadowy secret police. They operate outside of the law and are primarily responsible for political assassinations, kidnappings, and raids. They are fanatical and loyal to a fault. In Downfall, Inc, you play as an OSS Captain. 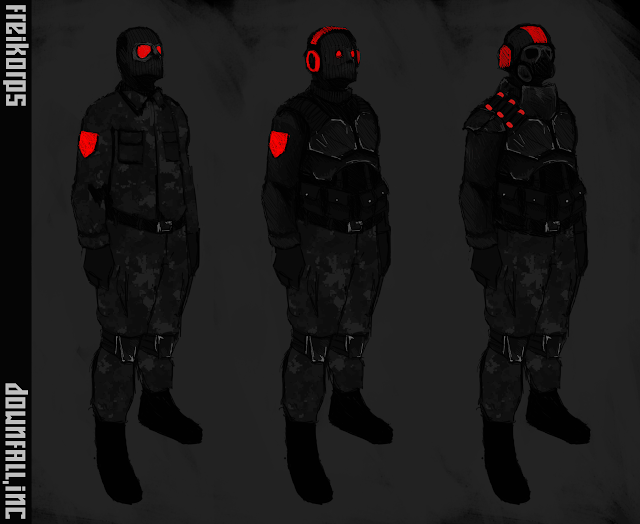 The "Freikorps" are an army with no allegiance, a rag-tag mix of foreign mercenaries and disgruntled patriots. They mostly work for the booze barons and artisans. For the right price, of course.

The Freikorps are the primary antagonists of the game, and are the most prominent enemy. They are hired by most of the high value targets to protect them, and aren't afraid to tangle with the Gendarmerie and even the OSS.