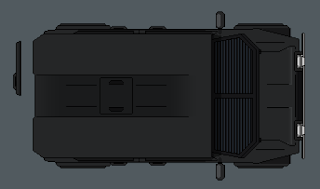 So, first of all. Instead of just appearing at the front door, you ride in the back of this armoured car. It drives you up to the door and you jump out the back. Just a little visual flair to start a mission off. 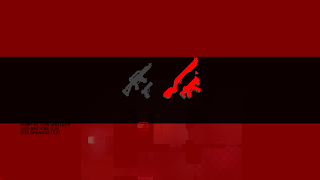 Secondly, you select your gear once you've pulled up to the mission rather than before, again just more for flow than anything. This screen is highly WIP, redesigning it currently.

Finally, an idea I've been toying around with is having different characters for different levels. So, for assault flavoured missions you're a two man team that can choose between hard-hitting weapons. For covert missions, like hostage rescue, you play as a solo agent with silenced weapons. 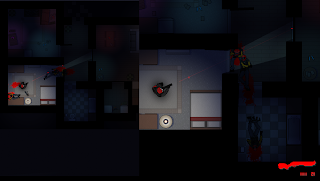 Oh! I almost forgot, I've got it setup now so you can zoom in and out the game view. In case you find you're squinting, or you want more of an overview.

I am simultaneously an artist, a programmer and a designer when it comes to Downfall, Inc , so I often switch roles on the fly. Today, instead of tweaking the A.I, I wanted to do some design/art. So I worked on some basic GUI Elements.  Downfall, Inc - while tactical and methodical, is still an action game. The UI had to accommodate this. Using the above cropped screenshot as an example, you can see how this works. Instantly, from the colour of the bar, you can tell you've taken damage. A simple description lets you know how severe the damage is. Take minor damage, and the bar will be yellow and read "Injured". Take major damage, and it'll go deep red and read "Critical". Hopefully, it's super easy to read from a glance. A line drawing of the current weapon lets you know what you're wielding, and the lines beneath display current rounds. You'll be able to see the heavily depleted bar from a glance, letting you know you'll need to relo
Read more