Showing posts from May, 2017
Show All

May 19, 2017
Quick update on cover. Added half-cover into the logic, so enemies will dash to anything regardless of the protection it offers. Enemies also will try to avoid taking the same spot as others, though I can't currently guarantee that won't happen. Need to add in "suppressing fire" for enemes with automatic weapons, so basically they fire at where they think the player is when they can't see them.
Post a Comment
Read more

May 17, 2017
I was testing the game, and I felt the enemies were too static to be entertaining to fight. When they spotted the player, they would stop and fire, then give chase.  I wanted to change them up so they'd be more interesting. I'm currently working on an update to their logic to make them use cover. If there's a solid, tall object like a wall, they'll hide behind it, popping out periodically to shoot at the player. If there's a half-tall object (that doesn't block line of sight) they'll just move behind it, these don't serve as actual protection but hopefully visually it'll just indicate they tried to protect themselves somewhat. They will give chase, after the shooting stops and they lose sight of the player. Not all enemies will do this, but I wanted to make them a bit more interesting to fight. Snipers are unchanged, I didn't want them to be unreally difficult to combat. Since they can kill you in a shot or two, they need to be eas
Post a Comment
Read more 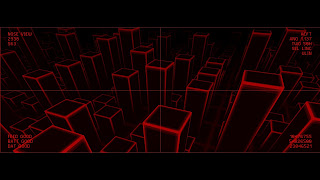 So, first thing first. Went ahead and made this official(ish) by registering the domain! So, the blog from now on should be http://blog.aggressorgame.co.uk/. Closer to release, I'll build a proper website at AGGRESSORGAME.CO.UK but for now I just don't have time for that.  I wanted to get in there and plant the flag, I was scared a game would come out also called Aggressor and I'm really fond of the name now.. I don't want to rename! It's also a kick in the arse, money's down now so I need to get into gear. I've been doing 3D artwork for other projects and a commission recently so I've had no time to work on the game. However, there was one thing I wanted to try today.  I was thinking about how I could do the mission screen, I didn't want it to be flat and dull. So, I took a hint from a little film called Escape From New York and tried out like a primitive 3D wireframe thing. Stylisically it fits with the tech of the game, and it's j
Post a Comment
Read more
More posts