August 27, 2016
As discussed in the last post, I'm toying with the name "Aggressor" (I noticed the misspelling below, due to fix!) and as such have rebuilt the menus with that in mind;

I've also reworked the pause menu to be mouse controlled, in keeping with the main menu.

Score screen! You're given a rank now based on three scores; Aggression, Efficiency and Co-Ordination. You're scored on things like accuracy, combo kills with the wingman, kills through walls ect ect 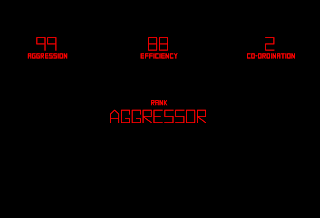 Perhaps what I'm most proud of right now is a tool I've built to speed up level creation. I'm using a 3rd party light script very kindly donated by a talented coder (I've mentioned them before and linked, sorry I don't have the link to hand!) and it doesn't preview in the standard editor, meaning up until this point lighting has been entirely trial and error!

Now, I can place and edit lights in real time, and "bake" the results into a text file which is formatted as a script. That script goes straight into the editor, and the lights are placed as they were in-game! No more fussing about, no more guesswork! It's not elegant but I'm immensely proud. I'm an amateur programmer at the very best, so for me this is a feat! 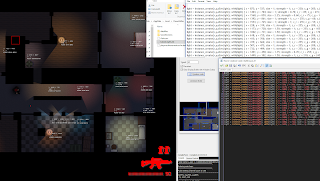