My main focus for today was to work in patrolling -- more specifically, getting in and out of a patrol loop effectively. I've got it working, it's slightly buggy but the A.I will stop patrolling if he hears or sees the player, and will move back to the patrol route once he's lost them.

The A.I will react to nearby gunfire, turning to face the direction it came from. If you missed your shot, he'll notice. It's still a bit early days, for example he won't move to investigate a sound, which is something I'll add in a little while later. Now that I think about it too, he should react to thrown grenades and weapons.

Dammit, more stuff to add in to an already fragile system :( 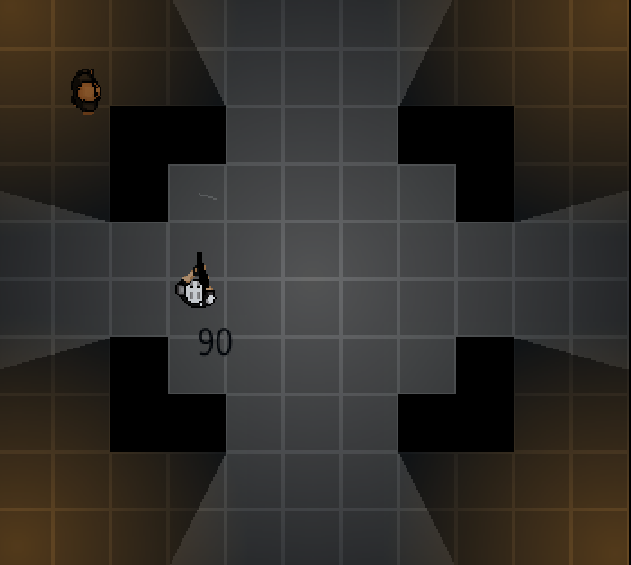 So, what's next? Well, my priority now is reintroducing all of the previous A.I functions, one at a time to ensure they're working correctly.

I have a working copy of the previous A.I code, so I can copy it chunk by chunk and alter it to fit the new mechanisms. Hopefully it works smoothly, although most likely it's going to be a real pain.

My aim for tomorrow is to reintroduce the "seek cover" A.I state and get it working smoothly. What can go wrong, eh?

Everything can go wrong.

It's a journey of discovery, though. I'm learning a lot even as I mess up. Anyway, gotta call it a night!