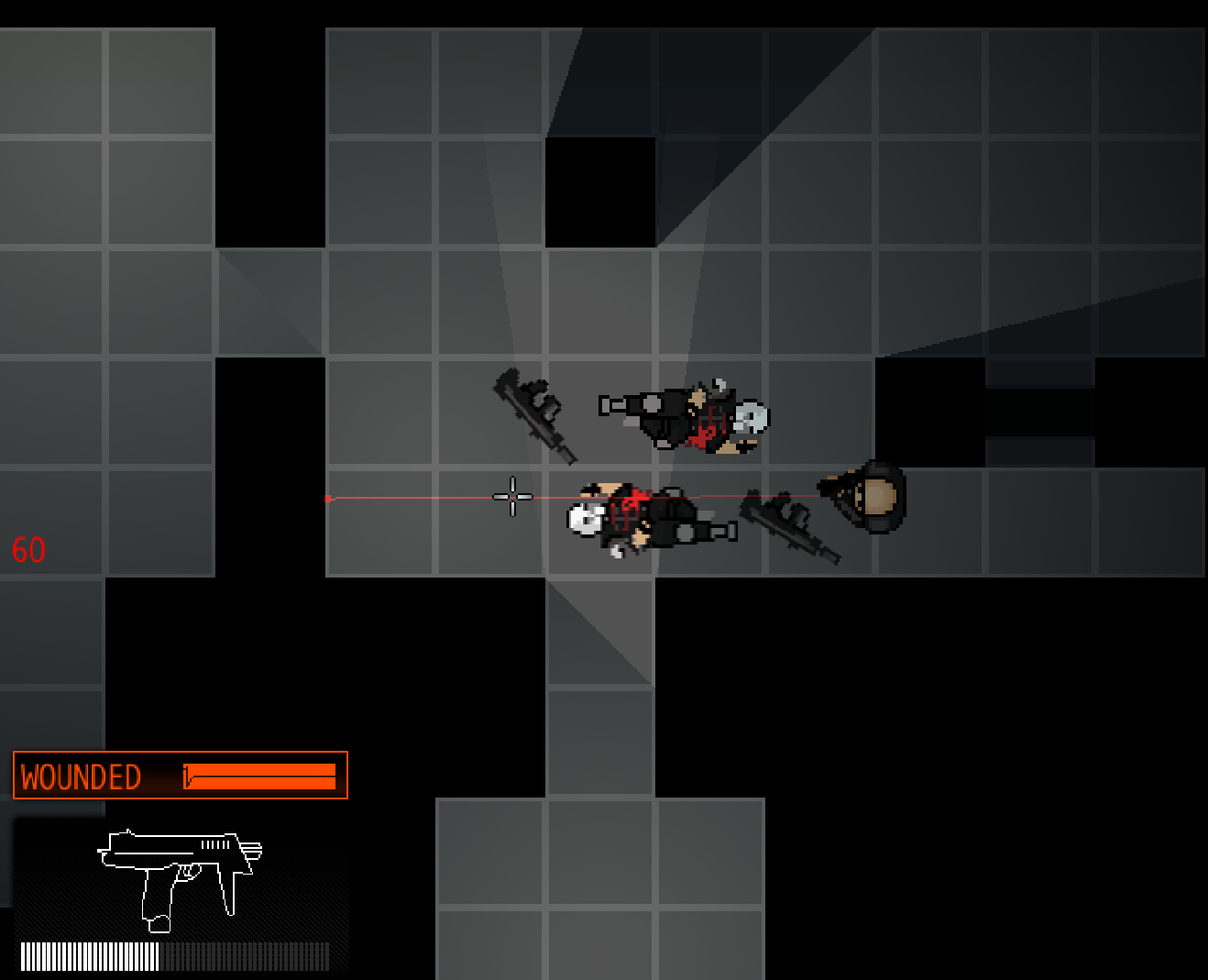 I had a fairly busy weekend, so no real major progress to report. Some little things though;

You can now change the resolution and size of the window! It does require restarting the level, but hey, it's a thing. This facilitates a menu-based resolution option, which is something I felt was necessary! In windowed mode, the GUI doesn't stretch, it just spreads out more. In fullscreen, currently, it stretches. This is something that can be changed.

I felt that the game was too small, not just at my native 1920x1080 resolution but even on a lower 1024x768 resolution (which, if I recall, is the lowest in use nowadays). Everything has been upscaled by 2x, and I'm in the process of rooting out all the little bugs this has caused (mostly due to distances now needing to be double). I feel it's an improvement, and I didn't want to simple 2x the window as this stretched the UI.

Tracers are back! A friend pointed out that seeing the enemies fire helps you avoid danger and lets you know where you're taking damage from, which I agree with.

Enemies drop their current weapon on death! Dropped weapons are like a power-up, a temporary fire-power boost. You'll have to be weary of how much ammo you've got, so it's a trade-off. You don't pick up their spare clips with the weapon, so your starting pistol is still a worthy asset.

That's about it for today! A fair bit of progress overall, a minor but important graphical step and some cool in-game logic to add to the pot.

That's it for me! Keep 'em peeled!